Casey Ryan
I operate an Internet radio show that seeks to help independent entertainers and artists promote their projects.

One of the highlights of 2013 is definitely having met and worked with Manchester’s enigmatic and charismatic blogger and soon to be first time novelist, Scarlett Flame. Though her area of expertise is erotic stories, she also knows more than her fair share about pop-culture in general.
She’s also a bit of a Steampunk expert – a genre that I have an appreciation for but, know very little about. As such, I thought it would be fun to invite Scarlett to jot down a few thoughts about the wild celebration of vintage-yet-modern art, technology, and eye-candy that is Steampunk. As an added bonus, you’re also going to get a sneak peek into her upcoming novel.


Scarlett, the floor is yours...
CJR 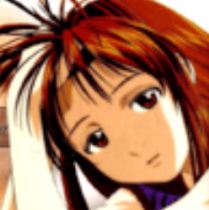 Hello everybody. My name is Scarlett Flame and I have been asked to write as a guest blogger for Casey. This is in order to let you know a little more about an interesting genre called Steampunk. Although Steampunk has actually been referred to as a sub-genre of fantasy and Sci Fi, and not a stand-alone genre itself!


Steampunk has been described as modern technology but, powered by steam. Try to think of computers powered by steam or even steam powered cars. This genre is usually set in the late Victorian, early Edwardian era. It often includes clockwork, automatons and fantasy. Within this umbrella there are books, music, clothing, jewellery and much, much more.


The term Steampunk was coined by Kevin Wayne Jeter commonly know as K. W. Jeter the author. He used the word in a letter sent to Locus Magazine In April 1987 as a way to describe a number of works published by Jeter and his friends. This described his retro technological and alternative history that Steampunk now embodies. Jeter wrote Morlock Night and Infernal Devices, Other works include a number of Bladerunner sequels and Star Wars books.


The first written works that are now considered to be Steampunk include the works of Jules Verne and H. G. Wells i.e. 20,000 Leagues Under the Sea and The Time Machine. Where we see many extraordinary machines such as the time machine itself, as featured in the book and films of the same name These epitomise this genre. My own writing is considered Steampunk but more of that later. There a number of new written works within this sub-genre such as Steampunk Rat A Boston Metaphysical Story by Madeleine Holly-Rosing , The Warlord of the Air by Michael Moorcock on up to The League of Extraordinary Gentlemen by Alan Moore.


The timeline for Steampunk is suggested as having arisen due to an alternative timeline occurring, whereby the Industrial Revolution resulted in steam being used as the main source of energy. Steampunk is increasingly becoming an ever more popular genre.


There are a number of films that can be described as being Steampunk including Wild Wild West from 1999 starring Will Smith, Mysterious Island (1961), Metropolis (1927) the Captain Nemo films and the Golden Compass (2007) to name but a few. All of these have elements of Steampunk evident. In them Wild Wild West has a major scene features a large spider like device that the villain uses to chase the main protagonists.


As for Steampunk music a number of artists have been classed as this. These include the likes of Thomas Dolby, Darcy James Argue, The Clockwork Caberet and my own particular favourite Abney Park. Abney Park named themselves after a famous London cemetery and began originally as a Goth band. My favourite track of theirs being Steampunk Revolution. They also market games and books under the Steampunk guise. 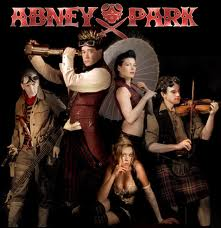 Clothing evocative of this genre is usually either late Victorian or early Edwardian, with the addition of cogs, brass, flywheels etc. Of course no outfit would be complete without some goggles. The colours used are commonly neutral colours such as brown, beige, black, gold and bronze -therefore earthy colours. Other popular accessories include parasols,top hats and tail coats. Victoriana and Steampunk have become synonymous.


Steampunk writing quite often includes automatons, dirigibles, fantasy, dragons, magic and the like. There is usually an antagonist of sorts and an array of minions possibly in the form of a Golum or robotic machine (think the spider in Wild Wild West!)


Currently there are a number of clubs and societies that follow Steampunk fashion and a number of annual events centred on this genre. Recently in Britain there was such an event at Doncaster. Events like these occur all over the world. The Steampunk Chronicle has listings of these events in the United States and Steampunk Canada has listings, for well dare I say Canada. So don't be shy! you just might enjoy these events yourself.


Syros is a planet many galaxies from Earth, and is where my story unfolds. Alex the heroine is kidnapped and taken to this world by three gorgeous werewolves via a magical portal. Once on Syros her adventures begin in earnest. As she is the hinge pin of a 200 year old prophecy. Her character evolves as she learns of her own past and the history of Syros, and how they are inextricably connected. Alex also acquires various magical powers when she follows the path the prophecy offers.

This is an excerpt from the book:


I wasn't sure if I believed they were werewolves but they had already shown me that they were both fast, and strong. I would have to keep them “sweet” until I had a plan to get away, and hopefully find this portal back to earth. Not to mention the strange humming sensation I had felt when they touched me. I wondered whether the same thing would happen should Leon touch me.


Although I was physically attracted to ALL of them, particularly Aston I couldn't see that that was enough to convince me of what he continued to discuss. Therefore I zoned out and thought instead about what I could do to escape. I began to take notice of the conversation again when I was asked not to escape, as they discussed how dangerous this planet could be for me. They emphasized that it was necessary for me to remain within the pack house for my own safety, I thought perhaps this was just said to make sure I stayed where I was, so as to be compliant, and less bother for them to deal with. Therefore I chose to ignore this warning.


Aston paused for a moment looking at me intently, I used this opportunity to ask to use the bathroom (surely they have such things here, and I desperately need to the toilet after all I had been through). He nodded to a door on the far side of the room, saying that they would remain where they were whilst I did.


I stood ( a little unsteadily) and Aston reached out to steady me once again sending a tingling sensation through my entire body. Which was a very pleasant sensation but also a pretty disturbing one too. Once I had steadied myself, I crossed the room and entered the large bathroom. It held a large ornate tub, sink and a toilet (at least it appeared bathrooms were similar here) I relieved myself and looked around the room. It was a bright room as there was a large window opening up to the back of the house, and this immediately attracted my attention.


I looked out and realized that the back of the house was set over a rolling hillside, that dropped away some feet below. Upon closer inspection the window could be opened fairly wide enabling my escape. So, quietly as I could I slowly pried open the window. I decided that in order to escape I would have to drop about five to six foot to the ground. I prayed I could do this, and quietly do it too. So as to not get caught in the act.


I managed to turn myself around, once on the window ledge and was slowly easing myself out. When suddenly, something or someone snatched and lifted my whole body away from the ledge and into the air. I drew in a sharp breath and then began to scream as loud as I could. This was because, it wasn't a somebody, it was a something. That something looked for all the world like a dragon from myths and legends!!


His huge talons had a firm hold of me around my waist and we were rising at speed into the air, higher and higher. I had gone from the frying pan into the fire and could only scream at the top of my voice. As I began to move at speed, away from the building I spotted the three werewolves staring out of the bathroom window toward me. What had I done! Mating werewolves now sounded preferable to what was in store for me now. I had become dragon food!


I had just took another deep breath in order to carry on screaming when I heard a voice in my head say “Alex please calm down and I won't hurt you! You wouldn't make a decent meal anyway-too bony! Now be quiet and we will be at my lair very soon”


Well I hope you enjoyed that little snippet and please bare in mind that this is a rough first draft and has yet to be proofread and edited.


I also produce a blog of my own. The blog is where I present book reviews, hotel reviews and also reviews of some of the live bands I love to watch. There is nothing better than live music. There is a lot more on the blog that may interest you, including guest writers and interviews too. I would love if you came and checked it out. Pull up a chair and stay awhile too.


A number of the reviews appertain to the location of Manchester, England where I live. I also recently began interviewing interesting individuals for my blog, and also on behalf of a site called Skelat. I am now one of their "Team" of interviewers, that includes my good friend Nate Smith. Nate is a scriptwriter, producer, director from Perth, Australian. You will also find there an interview I did with Casey Ryan, as I managed to turn the tables on him. A very interesting and popular interview it is too.


Well all there is is to say is good bye from Manchester and I hope you will come and visit me on my blog soon and listen to the podcast I have promised Casey after my first book is published later this year.

Friends of the CRF: